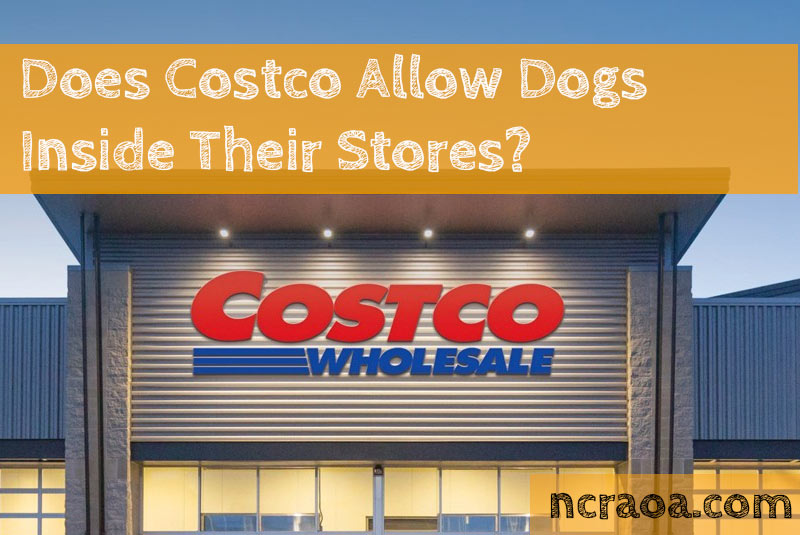 As a dog owner, you’ve come to expect that most stores that sell food won’t allow you to bring in your doggo with you while you shop. But every so often there are exception to this, and fellow dog owners have told me that Costco is one such exception.

I wasn’t sure if that was true or not, so I decided to do some research to see if Costco really lets pet owners take their dogs inside the stores.

So, what did I find out? Are dogs allowed inside Costco? Yes, and sometimes no.

Official Costco policy states that only service dogs are allowed inside the store, but some locations are lax on this and let in any dog.

Keep reading to learn more about if Costco is a dog friendly store.

Contents show
Is Costco Dog Friendly?
Official Costco Dog Policy
Does The Policy Vary By Location? What About Costco In Canada?
Summary

However, this seems to vary on a store by store basis, with some locations welcoming all leashed and well-behaved dogs.

Placing a harness on the animal enhances control while shopping. In most cases, service dog owners take advantage of wide aisles to move freely with the animal.

A well-trained dog ensures an incident-free experience. However, it is best to avoid busy hours as they may not be ideal for all animals.

In compliance with the Americans with Disabilities Act (ADA), Costco has adopted a service animal policy. Be assured that Costco members accompanied by service animals have immediate access to our warehouses.

Shoppers can view the policy on the retailer’s website and store entrances. According to the company, its definition of service dogs aligns with Americans with Disabilities Act (ADA) rules.

Our policy effectively provides notice to everyone encountering the service animal that:

Of course, employees typically don’t question dog owners and ask them to prove that the animal is, in fact, a service animal.

Though, if you’re trying to bring in a fake service dog, it will be obvious if your dog is not well behaved, like service dogs are trained.

Not all Costco employees are happy about all dogs being allowed in some stores, especially when pet owners use the emotional support animal excuse.

Here is what one Costco employee shared on Reddit:

This is a major pandemic at my warehouse. Dogs are almost as abundant as members on certain days.

When the ADA pushed for animals to also be certified as “Comfort” animals is where things took a bad turn.

Costco policy, at least at my building, is that we are not allowed to even ask what your dog is but that your dog not be in the cart, because, come on, people put food there.

We’ve had someone come in with a parrot before, claiming it was a “comfort bird”. Many of our members are upset with the situation, but our arms are tied. And it’ll be that way until some major incident occurs.

Another Costco employee on Reddit shared the following information:

This is one of my biggest pet peeves too. Basically from what I’ve been told at my location, enough people call corporate and complain when they don’t let them in or if they stop a clearly not trained animal that we can’t do anything but let them in.

So people need to start calling corporate about the out of control problem of letting every dog in. I tell every single person who complains about the animals in the store to call corporate and tell them how much you don’t like that policy.

Does The Policy Vary By Location? What About Costco In Canada?

While the official store policy remains the same throughout the United States, each store’s manager can choose to allow non-service dogs into the store.

In fact, many store managers do allow well-behaved dogs in the store, provided that you have your dog on a leash.

You should just call your local store before showing up to inquire about their rules though.

Costco stores in Canada are a bit different though – they only allow service dogs, period.

If you have any questions about your local store’s policy, then just give them a call to ask about it.

As you can see, like most retail establishments that sell food, the official Costco policy is that no dogs are allowed inside their stores – unless it’s a service animal.

However, that rule isn’t enforced at every location because some store managers do allow dogs inside Costco.

To be safe, leave your dog at home or call ahead to ask about the policy instead of just showing up with your doggo and expecting to be able to go shopping with him inside Costco.