Dogs and fetching seem to go together like peanut butter and jelly.

So you might be quite perplexed if you’ve met or adopted a dog that doesn’t love to play fetch.

So what do you do if you’ve got a trunkload full of toys just waiting to be thrown or if your dog refuses to fetch but takes out its energy in damaging ways?

Make Sure Your Dog Understands the Rules of Fetch

The first thing to get your dog to play fetch is to ensure they understand the rules of the game.

Many dogs learn to fetch easily, but it’s not true for every dog.

Follow these steps, remembering to provide treats, pets, or verbal encouragement when your dog does what you want.

Eventually, your dog will understand the rules of the game, and you can throw a ball to have it returned, covered in slobber, to your hand! 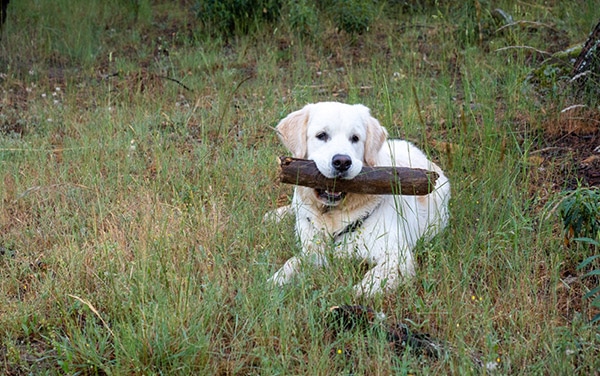 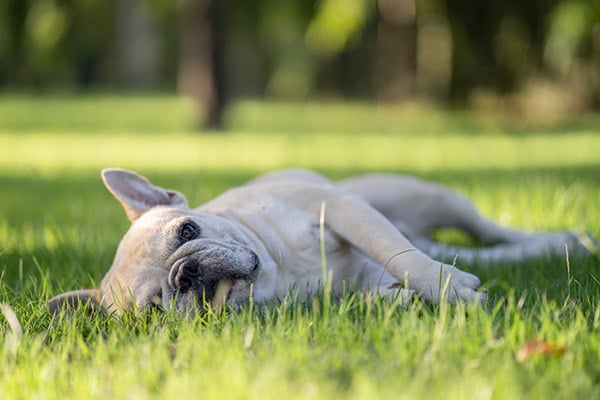 Not All Dogs Love to Fetch

Even if your dog understands the rules of the game, it might not be interested in playing.

Hundreds of years of breeding ensures that Poodles, German Shepherds, German Shorthaired Pointers and, of course, Labrador and Golden Retrievers know how and love to pick things up.

But that isn’t true for every breed.

While other dogs may take longer to warm up to playing fetch, you can help them along by teaching them how and providing plenty of praise.

Aside from breed, age is a factor that determines how much dogs like to fetch.

They have less energy than they did when they were younger, and they may experience joint pain or other issues that make running and jumping uncomfortable.

You may need to limit how much you play fetch or switch to other activities that give you and your dog much-needed exercise and bonding time.

However, some dogs simply don’t like to play fetch.

You can probably empathize.

Some people love to run for exercise, while others hate it, even though they know all the benefits.

Every person and dog has their own preferences, which you should respect.

Getting Your Dog to Play Fetch

Still, you can try to encourage fetching if your dog isn’t totally opposed to playing this way.

Sometimes dogs aren’t interested in fetch because they don’t find the toy you’re throwing that appealing.

On the other hand, dogs may not like this game because they love their toy and don’t want to give it up.

There are tricks to try in both situations below.

In the first example, a new toy is sometimes all it takes to get your pets interested in playing fetch and reaping the mental and physical benefits that come with this game, including tiring them out so they won’t damage your home and furniture! I

f you typically use a tennis ball, try something softer, squeakier, larger, or smaller.

You can also switch to a different type of toy. Consider a Frisbee, stuffed animal, or dog-safe stick toy, instead.

If your dog doesn’t get excited when you throw a ball, perhaps it will chase a ball lobbed with Chuckit! ball launcher.

Mix up the toys you grab before heading to the park or yard to keep your dog interested.

This is especially helpful if your dog starts out with a burst of energy but quickly tires of playing fetch.

Before you wrap up the game, try a different toy.

If your dog is truly done, you might need to schedule a couple short bursts of playtime during the day instead of one longer one.

One technique that often works for dogs that dislike fetching because they have to give it up is the “two-toy” game.

In this exercise, you provide two toys and let your four-legged friend pick one.

Break out the second toy to get your dog’s attention, then throw the first.

When your dog knows the second toy is available, it may be that much more likely to return the first, so you can keep playing fetch.

Of course, this method won’t work for every dog, but it’s worth a try.

If your pup isn’t interested in a second toy, you can always try rewarding it with a treat.

We’ve even heard that some dogs abuse this system to get all the treats their hearts desire!

Plenty of games exist besides fetch.

In fact, your dog may benefit from engaging in multiple types of play, even if it loves playing fetch with you

. Consider the following games, which get your dog thinking and moving.

Now go out there and have fun with your dog!